“I am feeling very Olympic today.” Name the movie. Anyone? 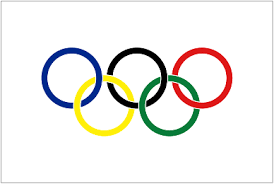 I am alone in my Olympic geeky-ness. Well, not entirely. The Twittersphere is abuzz with Olympic Trial spirit as our best distance runners duke it out down in Houston, Texas this weekend for the coveted marathon spots at the London 2012 Games. Kara, Meb, Ryan, Deena and so very many more will toe the line for 6 spots (3 women, 3 men) on Team USA.

Sadly for us running geeks out there, the Trials will NOT be televised NOR will they be streaming live ANYWHERE. Thankfully, there are fabulous people who have traveled down to Houston to help us out.

And my predictions? Deena, Shalane, and Desi for the women and Meb, Ryan, and Brett for the men.

Now for the rest of the Fitness News!

Wow. That was a lot of news. I wonder if any of you read to the end of this? Well, if you did, allow me to share a bit of good news with you. I received my first, and hopefully not only, call for an interview at a school for their Doctorate of Physical Therapy program. VERY exciting since it’s my school of choice. Fingers crossed, everybody!

And thank you all who voted for me for Best New Run Blogger on the Run Chat Awards. I did not win but it’s an honor just to be nominated, right (plaster fake smile on my face)? Seriously, congratulations to those who won. I will fight you to the death next year.

What are your marathon predictions for tomorrow? Do these anti-yoga articles dissuade you from hitting up your favorite studio? Will you miss Twinkies when they’re gone? Tell me all about it.